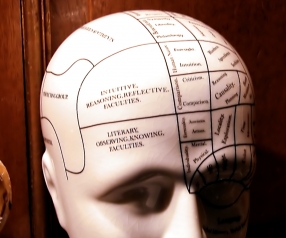 I am prone to over-analysis. I can be almost paralyzed by indecision over trivial things.  I can spend minutes or even hours turning over capitalization decisions in my head, only to find out I’ve made mistakes in less ambiguous areas.

Recently, I was reading advice on a writing forum on whether how to best chain an action to a line of dialog. One writer was adamant that you should never have simultaneous action, therefore your character should clearly stop talking before doing anything. I have to admit, I was stunned by this knowledge.

I mean, where do you stop. Can two people have a conversation while riding in a car? While walking down a hallway? While standing on the rotating Earth? Or can they do these things as long as we don’t let on that they’re happening?

Okay, maybe that characterization is a little unfair, but let me look at some of my dialog and see if people are doing things simultaneously. I opened up a chapter which I thought to be mostly dialog, and I ran into this gem after about 10 lines.

“Okay,” said Nick, heading for the kitchen. “But this recipe takes a while.”

Call, me crazy, but I don’t think this overloads the reader. Maybe that’s just me. On the other hand, I use this level of “simultaneous” action very sparingly. A mere 1300 words later, I write:

“You are in a good mood tonight, cousin,” Larry said, holding Nick’s head down like a police officer would, so he wouldn’t hit his head on the roof of the car.

Somehow, I think I can live with this level of simultaneous action. However, I do find that I much more often use the Action-Talk-Action method and separate everything out into units. For example:

Rudy sniffed it tentatively. “It’s very aromatic. I’m a little worried it might give me anosmia.” He made a face and poked the thick tea with his finger, failing to break the surface tension.

I’d like to say this was some great stylistic decision, but I really just went for what sounded better in each place.

Okay, here’s the thing. Before I started writing novels, I used to do a daily blog of fake news. Every once in a while, I get the bug to do it again. So when I remembered that tomorrow was the #stopthensa protest, I decided to do an article for the event. 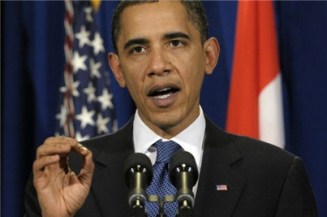 “We, your government, have this thing, you may have heard of it, called the National Security Agency. Now, this is a very necessary agency, and they’re tasked with looking at everything you look at on the Internet. And unfortunately, that’s almost entirely pornography.”

“Now, I have a plan to save the United States an awful lot of badly needed resources. I would ask all Americans to spend a month, this March, abstaining from flogging the dolphin. The amount of manpower and computer time this would save would mean more school lunches for our kids, better health care or the elderly, and increasing our ability to provide badly needed resources for our soldiers in Afghanistan.”

Obama then went on to site specific cases examples of where those cost savings would come from.

“There’s a man, let’s call him, Anthony, who lives in the great city of New York. During the month of December alone, Anthony looked at pornography over 700 times. When people like Anthony commit these levels of self-abuse, not only is Anthony probably doing harm to his urethra, but he is costing taxpayers thousands of dollars of overtime.”

House Speaker John Boehner (R-Ohio) called a special meeting in the Capitol basement, which he claims was well attended despite his inability to find the light switch, and no, that’s not a euphemism. “Obviously, I’m for cutting government spending, but I believe we can find savings elsewhere. Could someone just prop open the door, so we can get some light in from the hallway? Hello? Is anyone there?” 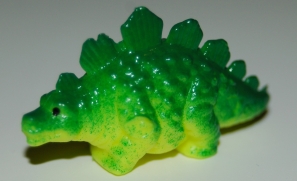 Okay, I guess I’ve been a slacker. The last time I wrote about my doings was nearly a month ago.

It’s been a busy month though. I finished the latest draft of my novel Panic No More, and I beta read a pornographic dinosaur novel by the irreverent t’Sade. No, really. It’s a fun read if you aren’t easily offended by sex and violence.

The big reason I haven’t written is the tedium of the revision process. I feel like I put in solid work day after day, but like staring at one of those magic-eye prints, eventually everything starts to blur together. And honestly, I can never see those 3D images.

At this point, I feel itchy. I want to just submit the thing, and let the chips fall where they may. Damn the torpedos, full speed ahead! This is a very bad thing to do. Madness.

In this situation, there is an easy, sensible thing to do. I set aside the revision. I can do a read-through again, much later, when I’m feeling sane, some time in the far future when I can get discounts on McDonald’s coffee. Of course, this slows the process another notch, but this is the way it must happen. In that promised tomorrow, things will make sense. I’ll find the humor and drama in my own words. I will put in all those intricate little moments that will make the story great. But only when it is time.

It doesn’t leave me with a lot to write about.