Looks like a bit of a hippie, not that there’s anything wrong with that.

So there this guy, Russell Blake, who’s written a bunch of bestselling novels. I’m not familiar with his work as I don’t read thrillers. In his most recent blog post, he talks about why authors annoy him. Honestly, I can’t argue with him.

He talks about how a writer friend–whom I assume will not be an author friend after he reads Blake’s post–disparaged some of Russels works because his characters did not have an arc. He then snarkly, and appropriately, points out that the (probably former) friend in question does not sell as many books as Mr. Russell Blake–who I know only through this blog post, but his seems like an interesting guy. I would definitely have drinks with Blake, especially if he’s paying. Okay, so maybe I just like drinks.

In his post, Russell talks about how his friend will riff about the “rules” of writing. About character arcs and adverb use, about archetypes and climaxes. However, Russel prefers to write a good story, something new and exciting, a ripping yarn.

I have a bit of a different theory. Those rules are great for people who are starting out. However, once you develop your style and you know what kind of story you want to tell, they become less important. A good writer doesn’t depend on rules. A good writer knows himself, learns from the rules that others follow, finds out how they can help his work, and moves on.

Or perhaps I should say, fortune does not favor he who has the thickest and best-organized rulebook.

Then again, I sell less books than anybody, so what do I know? 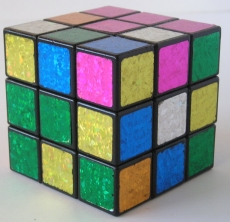 I don’t have a good reason for posting today other than I haven’t posted in a while.

I was going to write about how I was starting a sequel to Minion of Evil, and I’m finding it hard. But then again, I find the endings hard too. The middles don’t go all that well either.

The reason I’ve been cleaning house is I’m making room for a work-out room. As I’ve been moving towards the end of my thirties, I’ve become increasingly aware of my self-induced poor health. For some people, good health is an end in itself. However, for me the scariest thing about poor health is the loss of mental acuity. I will put up with a lot of crap for the sake of laziness, but brain fog is where I draw the line.

Many people see the mind and the body as unrelated parts of the body. However, I am seeing more and more research about how the simple act of reglar exercise can improve mood and mental aptitude. Not only that, but increased mental health makes you seek out increased activity levels. I could start to enjoy exercise–okay, that’s crazy talk.

I guess the bottom line is that I will do anything to hack my brain, even it it’s all-natural hard work. But what if I do all that work, and my brain doesn’t get more awesome? Well, at least I’ll be able to buy smaller pants. 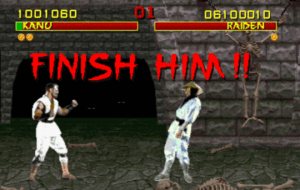 Yesterday, I put the finishing touches on a draft of my book PANIC NO MORE. I started this most recent draft in October, and I’d expected to be done a lot sooner. However, I did not have the easiest time last winter, bouncing between illnesses.

The worst part about finishing this draft is not being finished with the book. I know I tend to be a bit of a perfectionist, but I’m pretty sure on this one it simply needs more work. Maybe time and a good reading will convince me otherwise, but right now, after X number of revisions–I don’t even remember–I just don’t feel like it’s there.

There are, however, good aspects to this. The manuscript is in much better condition that it was. And now, I can start a new project. It’s well beyond time I work on a sequel to MINION OF EVIL, and I’m looking forward to working on something a little more silly. I might even take a couple days off to catch up on my reading.

After I work on another manuscript for a while, I’ll come back to PANIC. And it will probably make a whole lot more sense to me.