Tiny Bubbles rose to the the Billboard Easy Listening #8 position on the charts. Despite it’s roots in pop music, many consider it the quintessential Hawaiian song.

Every once in a while a moment so spectacular happens that it defies description and becomes a timeless standard. When we are lucky, someone has a video camera pointed at that event.

Someone posted this video of a young Liberace to Reddit today. The commenters all went on and on about how talented he was. This is true. Liberace was a talented piano player. He had skill, style, talent, and personality. However, it is a mistake to believe he was the most talented piano player in the world. He was merely the richest.

The same can be said about the writing world. There are writers that have great technical skill. They write great, literary works. They get outsold by Stephanie Meyer. I’m told this should bother me…. No. It doesn’t. 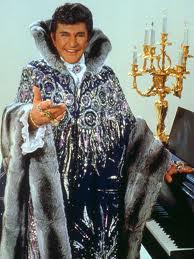 I would totally wear this.

Personally, I’ll take the glamour over mundane quality any day, because, as Liberace shows, people love a spectacle. And I want to give people what they want. If you can mix that spectacle with a tacit competency  that’s all the better. Does that make me a clown? Maybe. But let me share my favorite quote about Liberace.

My favorite story about Liberace:
Liberace called up his brother and said, “George, remember that bank I used to laugh all the way to? I bought it.”

I was going over the first chapter of my vampire book, culling commas and thats, and I realized that part of my inspiration for my vampire character came from an 80s anti-marijuana commercial.

The Smashing Pumpkins video “Tonight, Tonight” was directly inspired by it. 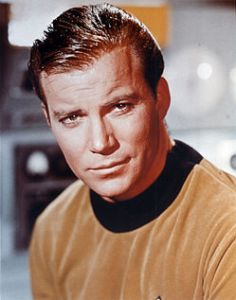 I’ve been writing a lot about my new book, so I’m going to take a time out and talk about a piece of brilliance that often gets ignored, the awesome things Captain Kirk said on Star Trek, the original series.

My favorite quote was written by D.C. Fontana, one of the first women writers in Hollywood, in the episode “This Side of Paradise.” While it is criticized for its weak science, the story is excellent.

Maybe we weren’t meant for paradise. Maybe we were meant to fight our way through, struggle, claw our way up, scratch for every inch of the way. Maybe we can’t stroll to the music of the lute. We must march to the sound of drums.

The second quote is from Return to Tomorrow.

Risk… Risk is our business! That’s what this starship is all about. That’s why we’re aboard her!

This last quote is from the odd epsidoe “Mudd’s women.”

There’s only one kind of woman…or man, for that matter. You either believe in yourself or you don’t.

There was a time in the recent past when it was considered completely normal  to get someone fried out of their mind on acid, surround them with children, and televise the experience.

A big thank you to Elaine Bergstrom for sharing this… whatever it is.

Those who fail to understand history are doomed to repeat it. As Benedict Arnold said as he marched the U.S. Forces into Canada, “The Quebecois will greet us as liberators.” 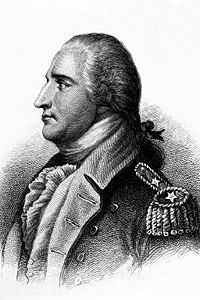 Though brilliant, I can't take credit for that one. Gore Vidal wrote it.

I think a good part of being an artist is understanding not only pop culture, but the pop culture of the past. In the spirit of this belief, I’m going to present a series of educational pieces, featuring these proto-memes.

Like it or hate it, if you lived through the 1960s, you know this song. Now I share it with the younger generations.