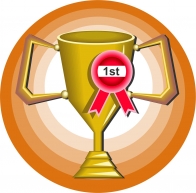 Hello Minions, just checking in. It’s been a long time since I’ve written anything here.

f you aren’t familiar with Gary V, he started a fantastic wine Vlog when Vlogging was a new thing, and he’s got a few words to say about how he became a success which I think are very poignant to becoming a writer and sticking with it.