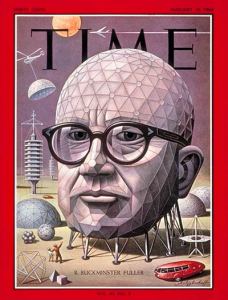 Someone pointed out that September is suicide prevention month. Instead of just reposting a meme, I wanted to share a story that’s very meaningful to me, something that keeps me going even when I’m at my darkest.

The man in the picture to the right is R. Buckminster “Bucky” Fuller, one of the greatest thinkers of the 20th century. When he was 32 years old, he was on the edge of committing suicide. As he was about to drown himself in Lake Michigan, he decided that he still had something to contribute to the world.

Fuller filed 28 patents, and his most popular invention, the geodesic dome, is still used heavily today. Most of his later life was spent teaching and consulting on the global level. He was a huge proponent of renewable energy, and like me, he believed in using technology to solve humanity’s problems.