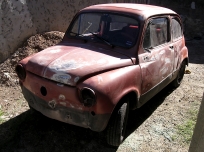 So, I screwed something up today. A writer I like asked a question on her Facebook page about an obscure reference, and I answered that I didn’t get it, but the information was easily Googled, along with a link to the Wiki page I found and linked to.

Later, someone pointed out that she had said, “no spoilers,” in her post. Oops.

However, I can’t help but think how is my explanation of the reference a spoiler? Isn’t her reveal that it’s an obscure reference the actual spoiler? Apparently, not everyone feels this way, as someone cautioned me for revealing too much.

Now, I know explaining a joke makes it no longer funny, but here’s the thing I like about pop culture references: if you get them, they’re kind of like a little joke, but if you just lightly touch on them or move on, the reader thinks they’re part of the scenery. Unlike telling an overt joke, they can actually be funny, or at least interesting, in the explanation.

The again, maybe the author didn’t want “spoilers” because she didn’t want people’s answers influenced by the comments. In which case, just ignore this whole post.