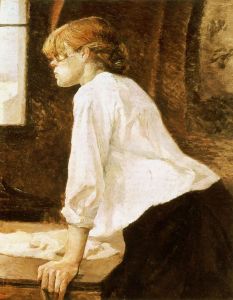 So, I’ve been working on a sequel to MINION OF EVIL. This is not the first time I’ve started this particular book, but I’ve discovered that sequels can be difficult. If you’ve already saved the world and got the girl, what else is there?

However, I have gotten a full 25,000 words into this book, meaning that I can probably proclaim I’ve made it through to the middle. This is a good thing. If I make it to the middle, I can usually muddle through to the other side. In a year or two of serious redrafting, I may even have a readable book. For me, this is an exciting thing. I like finishing manuscripts.

At first, I believed these deep thoughts to be an indicator that I was arriving at the next level, as a more mature, tested writers. But lately, they have been weighing heavily on my, like an albatross around my neck.

That’s cool though. It’s all about the learning process. And it’s nice to know that I still know practically nothing this far into the game. 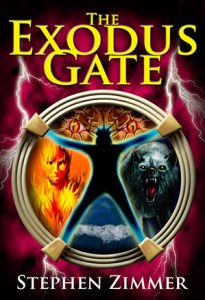 A few years ago, at DemiCon, I met this really cool writer and filmmaker, Stephen Zimmer–work pictured to the right. As I tend to do when I meet someone cool, I friended him on Facebook and read some of his work.

The other day, Stephen posted a message to his Facebook page, which I’ve been thinking about ever since. I’m not going to reproduce the whole message here, but to paraphrase, someone sent their work to Stephen. He promised to give them feedback on their work, but when he didn’t respond in what they considered to be a prompt enough manner, they accused him of stealing their work.

Okay, I know many authors get very upset about the concept of people stealing their works–I would too. I have a friend who worries about sending his manuscript out to his own writing group. Furthermore, I know for a fact that this really happens, especially now that anyone with an Amazon password and some specialty software can be a publishing house. However, this doesn’t necessarily mean anyone is going to want to steal your manuscript.

Call me too trusting, but if I send someone my manuscript, and they don’t get back to me right away, I assume they’re working on their own project like–just to pick a totally random example–a novelization of War of the Worlds: Goliath…

In my experience, the vast majority of people who offer help with your manuscript want to help you with your manuscript, and the vast majority of people who rip people off and steal their work are well-known enough to find with a Google search–most of them are shady publishers and can be found on Predators and Editors. Most of those will try to rip you off in a totally legal fashion, with shitty contracts and deals too good to be true.

So, I guess what I’m saying is, you don’t have to trust everyone 100%, but don’t just assume that because someone is slow reading your manuscript that they’re sending it to Random House. But if you do steal someone’s manuscript, you should murder them so no one ever finds out.