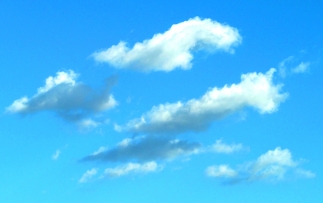 I can make clouds disappear with my mind.

I know. It sounds crazy. I think it is crazy even as I am doing it.

The technique is a simple one that I learned from a friend of my father’s about ten years ago. He said all you had to do was sit firmly in a chair, envision yourself anchored to the ground, find a cloud you wanted to make disappear and order it to dissipate. It sounded a little nutty to me at the time, but I remembered it, and a year or two later, I was relaxing on my deck. The sky that day was filled with little, fluffy clouds. I looked at one and mentally told it to dissipate.

At first, it started to look a little dark around the edges. Then in began to shrink, almost like a deflating beach ball. Pretty soon it was just a little wisp of white. Then that wisp disappeared.

Since I started doing this, I’ve dissipated clouds of all sizes. I’ve made a cloud disappear out of the middle of a group. I’ve found two clouds side-by-side and dissipated the one on the right before the one on the left. I’ve even taught other people to do it. The more I do it, the easier it seems to get. I don’t have to concentrate very hard, just a little, and I do feel a bit of tingling in the back of my head.

If you are skeptical, give it a try. It seems like most people who go into it with an open mind can do it. I’m not sure what this means in the deeper, greater scheme of things, but it is a neat trick. 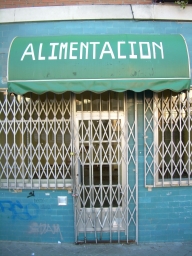 Something David Weber said really resonated with me. I’m paraphrasing, but it was something along the lines of, “I don’t like to over analyze my process, because it’s working for me, and I don’t want to mess it up.”

As someone who likes to over analyze ever little thing about my writing–and ends up producing stacks of cheap jokes–I’ve taken this to heart. For the last couple days, I’ve just been writing, not worrying about what I’m writing.

It seems to be working. 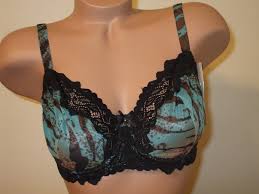 That’s not a DemiCon. That’s a demi bra.

I had a great weekend at DemiCon, The Des Moines Annual Science Fiction and Gaming Convention. The author guest of honor this year was David Weber, who has written more books than most people could conveniently eat.

Like most conventions with “big” authors, I found this years’ DemiCon a little less intimate than other years. Weber’s fan club, The Royal Manticoran Navy was there in force, and in uniform. They’re a great bunch of people, but they do kind of guarantee that any talk with the author will be attended by at least 30 people.

Most importantly, I got a chance to catch up with my Iowa author friends, Adam J. Whitlatch, Lettie Prell, Mary Wilson, Lars Pearson, and Catherine Schaff-Stump. (I’m almost afraid to name-drop here, because I’m sure I’m missing someone.) Some of the best parts of the con are hanging out with people who have similar interests.

Oh, and how could I forget, I got to see a live show of Hor-riff-ic. There are a lot of riffers out there, but Hor-riff-ic makes me laugh the hardest.