The other day, I learned about Rubber Duck Debugging. The idea is a programmer describes a problem to an inanimate object, and upon reaching the problem in the code, they will more easily notice the problem 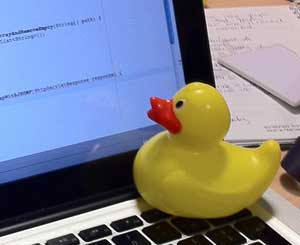 I’ve often noticed that one of the best ways to learn something new is to teach it to someone else. Also, a good way of realizing a detail you’re taking for granted is trying to explain a complex concept to a complete idiot. This sometimes frustrates the idiot, but it affords them a rare opportunity to do something more useful than convert lite beer to urine*.

*My wife tells me that by making this statement, I’m being unkind to complete idiots, therefore if you are an idiot and desire an apology, please send me a stamped self-address envelope along with the customary $15 handling charge. You will receive your apology in four to six weeks.

I often find that discussing my plot lines with my wife helps me sort out which scene to write next. While she is neither a complete idiot nor an inanimate object, I often find the exercise rewarding. Above and beyond the call of duty, she even provides me with valuable insights.

So, the next time you’re stuck in your writing try talking it out with a lamp, or a rock, or your local village idiot. The results may surprise you.

If you’re not interested in writer insanity, you can stop reading now. It’s okay. 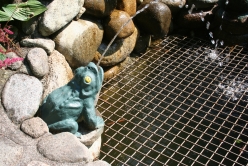 I should be asleep right now, but two things are keeping me awake. I have a chapter up for my critique group this week. And I was having trouble getting into my scene today.

I’m putting this down, in public, on the blog, because people might find it interesting. Also, it’s like 1AM, so expect the typos to be worse than usual.

I re-joined my critique group recently because I like helping other people. I never intended to put things up for critique for any other reason than turnabout is fair play, and yet, here I am awake. What if they all say the chapter isn’t ready, or it needs work? I’ve reworked it more times than I can remember. Of course, I tend to forget things rather easily, so that might just be three times, but I’m sure it’s more like ten.

I think some, or possibly most, of the anxiety I’m feeling stems from the story itself. You see, when I write, I tend to take on aspects of my character’s personalities, and Nick Baker is just a little bit crazy. He jumps at the slightest provocation. He’s not one to poke around a dusty attic, or sit with his back to a dark room. Hopefully, he will be fun to read, but right now, he’s in my head.

Okay, second reason for crazy, or are we up to three. I worked on re-writing a scene today, and I realized I’d walked off the edge of the world. I’d always intended to do a complete re-write to the end of the current book, but now that the time is here and I find myself gun shy to modify a manuscript I’ve always put so much work into. Everything I write form here on out is just a first draft hanging on 60,000 completed words. The book could be another 10k or 30k or 60k long. I don’t know. Usually, I say this is the fun part, but today, I just got caught a little off guard.

I feel like I’m never going to finish this book. I’m not tired of working on it. Things seem to be going reasonably well. I’m just not working that fast, and there’s a bunch to do.

Yes, I could work longer or harder if I wanted to see things move faster, but I discovered long ago that I have my own internal clock and it is broken. When I’m on, I can give Superman a run for his money, but sometimes the gears just don’t want to mesh. I’m starting to think tomorrow morning’s not going to be a good day. What time is it again? Oh, yeah.

They say that everyone is a little crazy on the inside. I’ve just shared a little of mine, but blogging is an imperfect form of crazy release. I need to start stockpiling my crazy for the forces of good and channeling it into the manuscript.

Something kind of awesome happened the other day. William Shatner showed up on Reddit, and then went on to introduce himself on their /r/startrek. I’m a big fan of his acting, and I think Bill’s just about the coolest 81-year-old in the world. Which is why I was a little surprised when he had some choice words about the site. 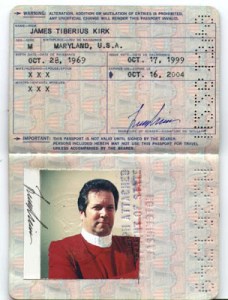 The unsavory aspects still exist — I am appalled by some of the immature, horrifically racist, sexist, homophobic, ethnic … etc … posts that are just ignored here.

This kind of took me aback. I consider myself pretty good at getting on the Internets. I’ve gone on 4chan/b to see what all the hubbub is about. I was on Slashdot, Fark, and Digg back in the day. So, I guess I’ve been taking for granted the fact that some people use words that… Well, let’s just say words that, in my day, were only allowed in rap lyrics, and because I am a fat, white man, from me certain words sound offensive no matter what the context.

As God as my witness, I thought that was just the way young people talked these days.

If people use those horrible hurtful words without thinking because those words have no negative connotation to them, I don’t necessarily consider that a bad thing–I drop F-bombs like I own stock in the F-ing company, a sin which would have gotten me stoned (not the good kind) in 1950s America. I’m a big fan of words not hurting people, and I’m all for taking the teeth away from those words.

Here’s the thing that Bill Shatner made me think about: Even if they were meant ironically, if someone reads those words and interprets them as hateful, does it matter if they were meant ironically? And is there is a darker side to this as well? Are there closet racists who hide behind hipsterism, or are empowered because they don’t understand the intent of the words they’re reading?

Hell, I don’t know. I don’t even know if these comments were meant ironically.

As a member of the privileged class–I didn’t sign up for that–I also struggle with racial issues in my writing. Should I mention that I mentally see a character as black? What if I didn’t mention another character was white? Growing up in Iowa, white skin is definitely my default*. Can I say black or should I say African American**? The only thing I am sure I can do is offend someone. Ironically, I usually enjoy offending people, but racially, I’d rather not.

* I think I was seven years old before I saw a person with black skin, and I was very confused. From what I had seen on TV, I didn’t know whether I was supposed to burn a cross or be mugged, neither one of which would have been easy in the crowded Strawberry Point swimming pool. Things only got more confusing when I asked my father about racism, and he told me Irish people were once considered racially inferior. I’d always thought we were just drunks.

** I once went to a party where a drunken gentleman explained to an African woman that she was “African-African American.” She insisted that she was not an American, and therefore she was an African who was black. She then pointed out that there were white Africans as well. The drunken gentleman explained that white Africans were her European opressors, to which she responded, “My father is white.” The conversation ended there. 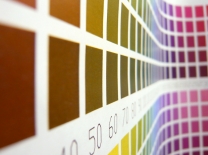 Yesterday, someone suggested I look at an online tool for analyzing my writing. I remembered that I’d looked at it in the past, but I couldn’t put my finger on what I’d disliked about it. I tried it again today and I was quickly reminded of why I didn’t like it. It gave me too much information.

For instance, in 9000 words it marked several instances where I “used hyphens inconsistently.” In all but one of the instances, I’d used a phrase as both a noun and verb: The drapes reached from floor to ceiling. vs. The room had floor-to-ceiling drapes. Another section wanted to draw attention to handful of  adverbs I’d used in the section. In the end, I’d spent more than a half hour reading an analysis that netted me only one change.

To me though, the more important type of over analysis is what I have been experiencing in the edit of my current manuscript. Earlier this week, I found I had gone through two important scenes and done almost nothing more than tweak the grammar. I’d done no work on the character’s internal voice. I’d done nothing to round-out the scenes. I ended up doing them over. No computer program could have picked out that much more important problem.

A while ago, I picked up a book called Spunk and Bite. This book is important because it dissects the rules and then gives examples of famous authors who break them like people who make spaghetti improperly break their spaghetti before putting it in the pot*.

My point is this: There are libraries full of books on how to write books, and many of them have “rules” about how to write well. Most of the rules are even consistent. But it’s also important to remember none of these rules are absolute.

* I wanted to come up with a better metaphor here, but this just annoys me. You put it in the hot water and it bends.

After a three month hiatus, I’ve returned to my critique group. While my prolonged illness was the reason for my absence, I honestly didn’t know if I was going to go back or not. However, while I was gone, I received so many nice notes from group members wishing for me good health and return, so I decided to make another go of it.

One of the things I love about my group is it is totally drop-in. All you have to do is show up and do the work (and not be a complete ass) and you’re in. This keeps things fresh, except, of course, when some complete ass shows up.

Last night was a great example of this. I got the opportunity to critique the work of a very talented rookie writer. It reminded me of how far I had come and gave me new motivation to dig into my work.

I also put myself on the critique schedule for the fifst time since October. It’s only fair. Critique is a humbling process. Unless you put your own work into the meat grinder, I think you loose perspective of what others are dealing with.

This is where I am coming to my point. AH-HA! See! See! there is one. Part of becoming a writer is putting out your work for other people to see–people who aren’t your friends and family, people who might not even like you. Some of it will be unfinished. Some of it will suck. Some of the advice you get will be hurtful and utterly unusable, but is going through that spanking machine any worse than sending your work to an agent or an editor. Is subjecting yourself to peer critique worse than putting your work out to the general public without the benefit of someone else’s eyes?

So be brave. Show your work.