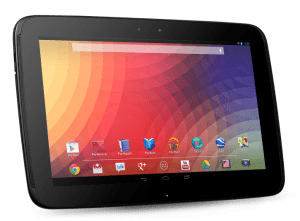 I buy a lot of gadgets, enough to prompt my financial advisor to ask what I spend all my money on.

One thing that has been bothering me lately is finding a tablet I like. I started out with a 1st gen iPad, but I decided I didn’t like iOS on a tablet for 2 reasons. First, there was the no flash issue. And second, there’s a limit to the amount of customization you can do. I’d have to have to make do with a table without SwiftKey.

Around this time, I had work by my and HP Slate 500 to see if we could use it in-house for light tasks. It was an abomination. Windows 7 did not lend itself well to the tablet. From what I’ve seen of 8, I’m still not optimistic. Seriously, Microsoft, you were the biggest software company in the world. Get your shit together. We shall speak of it no more.

I moved from my iPad to a Motorola Xoom. I liked the Xoom for the first few months I had it, but immediately after I bought it, the Xoom II was announced, and as I downloaded software updates on the device, it seemed to get clunkier instead of smoother. As of this writing, I think the Xoom is something like 18 or 19 months from it’s introduction, and it already shows its age. That’s not necessarily Motorola’s fault. Things have been moving fast in the tablet arena. Still, I was keeping my eyes open for the next big thing.

I have a coworker who let me drool over her Nexus 7. I wanted one badly, but I didn’t want to give up the 10″ screen size. So, when Google announced the Nexus 10, I decided to go for it, sight unseen. Of course, I read every rumor page and speculative blog entry until I thought I had a pretty good picture or what I was getting. And when the tablet went on sale for the first day, I was able to order the 32gb version in the 40 minute window where it was available.

I believe the appropriate term is squee.

A lot of people ask, why do you want a phone that’s bigger than a phone and doesn’t do phone calls. Well, honestly, the tablet has a limited niche, and if I were comfortable with a small screen, I could just use my phone and I wouldn’t need it at all. Primarily, I use my tablet for web surfing, casual gaming, short email replies (my phone is just as good at this, or better) and remote terminal when I’m too lazy to get up and walk to a computer. That being said, when I spent the last week sick, I was happy to have it.

One of the things I find most amazing is the weight and shape of the device. The Xoom was not only shaped like a tank, but the build quality was lower than what I would have expected of Motorola. It  had the big squared of edges of a “rugged” device, but the chassis flexed and popped in a way I didn’t care for–even the solid aluminum iPad was more comfortable to hold. In comparison, the Nexus 10 is a joy to hold, easier to grip and a better shape. Perhaps because of this the device seems significantly lighter despite being only a few ounces different on paper.

One thing I didn’t care for (which the Xoom did have) was the lack of an memory port. Having to pay an extra $100 for the 32GB version seems a bitter pill to swallow when I was able to buy a 64GB SanDisk microSDXC Ultra card for $39 last weekend (the 16MB goes for $15). Still, not all tablets have expansion, and it was still $100 less the the iPad,

Overall, I’ve been quite pleased with the device. The Nexus 10 is everything I wanted a tablet to be. It has a sharp screen, it’s easy to hold, and it’s fast. And if you’re like me and actually want a 10″ tablet, you could do much worse. 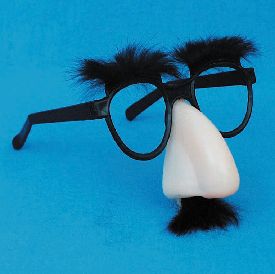 When I’m not writing, sleeping, or doing things on a computer, I need a hobby, and that hobby is watching television.

I find television writing very interesting because in many cases, the scripts are written by committee, and even when a single person has control, they are still subject to changes made by directors, producers, and actors. The fact that they produce anything palatable at all is a miracle, and when they miss the mark, they make for glorious train-wrecks.

Lately, I’ve been watching That 70s Show, the last season of which was a glorious train-wreck, and I noticed a phenomena which I have seen a few times in fiction. They play fast and loose with internal consistency. They do things that make no sense just to be funny. They even unapologetically  make fun of their mistakes. Still, as long as they kept making funny episodes, I didn’t really care. (Though I admit I watched the last season just to see the train-wreck pull into the station.

I pick on That 70s Show, but it isn’t the the only comedy show/novel/movie/play I’ve caught playing fast and loose for a quick laugh. So, the feeling I’m getting is that is you can be funny enough, you get a bit of a pass on making sense. Many times, I’ve told people that I will risk the hallowed rules of writing, Chekov’s gun, et al, for a cheap joke, but I often agonize over how far to go.

I’m currently 24,000 words into my latest (forth or fifth?) re-write of my work-in-progress. I’m really being pulled between my desire to tell a good story, tell a funny story, and make it seem natural and flowing–feedback from my critique group is that the story seems forced and rigid. I’ve even stopped going to my critique group because the story is causing a bit of a metaphysical crisis for me. I have this feeling like the way to tell this story lies deep inside my soul, not in external advice. 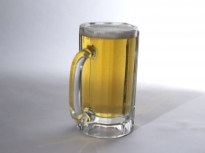 The inevitable has finally happened. During my Paradise ICON critique* last week, I was accused of writing in a way that appealed mainly to men. It was even suggested to me that women didn’t want to read this sort of thing.

I don’t consider myself a poster child for testosterone poisoning. I’m basically a geek. I could design a small-office network and build their internal applications. I don’t really understand sports, but I could probably teach marching band. I prefer wine to beer. And my hobby is writing.

However, I think there are some things which are true of at least 95% of human beings with Y chromosomes. No matter how sensitive we are, no matter how much we believe in gender equality, no matter how proud we are of the strong female influences in our lives, boobs tend to draw our attention, to put us off our game even. I even know a few women who get distracted at the sight of a nice pair.

* I really didn’t come here to complain about it. I just couldn’t think of anything else to write about. 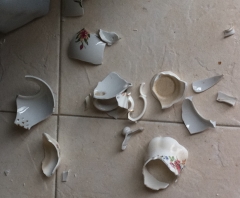 This weekend was both wonderful and harsh. In many ways, I feel like one of my characters right now. I had a wonderful time at my Paradise ICON workshop. And I had to watch a wonderful woman pass away.

On Thursday morning, I was asked to help out ICON, the local science fiction convention. They needed someone to pick up Jim C. Hines from the airport and take him to lunch, and since Catherine Schaff-Stump and I were the only two writers doing the workshop, could we take care of it? I was overjoyed.

On Friday, we started the workshop a little early so we would have time to pick up Jim. As we’re leaving the hotel to pick up Jim, I get a phone call from Stephanie. Her grandmother, who has not been well all summer, is in the final stages of death. Stephanie is going to spend the rest of the day in the hospice. I tell Stephanie that I can drop everything, but she insists she will be fine, and I should keep on my schedule.

Catherine and I picked up Jim, had a nice lunch a Zoey’s Pizzeria with lots of great conversation, and returned to the hotel. Then Cath and I finished the critiques. At this point, it was around 2 PM.

I drove to the hospice and stayed a couple hours, watching as wonderful a woman as I have ever met going through her last stages of life, barely conscious, as Stephanie talked with relatives on the phone.

That night, our friend Cat was celebrating her 50th birthday. Stephanie had really wanted to go to this, and had also wanted me to go with her, so I ditched the con to go along.

The next day, Stephanie plans to visit the hospice in the morning and join me in the afternoon. I go and hear Adam J. Whitlatch and his friend Gabe talk about martial arts in fiction with Jim C. Hines. Then as part of Paradise ICON, I get to sit in a three journeyman-level guest lectures from Jim C Hines, Stephen Erikson, and Sarah Prineas.

The lecture from Jim was about using stereotypes, and it was just about like every other interaction I had with Jim. He’s highly personable and easy to get along with. His lecture was more of an in-depth conversation.

The lecture from Stephen Erikson was intense. He came in and in an hour filled my head with information. He had some great definitions for things I had been doing by instinct. We also talked about process, and Stephen’s process blew my mind.

We finished up with Sarah Prineas. I’ve met Sarah a few times. She’s just a really nice lady. Cath nailed it when she said Sarah reminds you of a favorite teacher from high school. She talked about “Protagging,” her theory about what makes a protagonist a protagonist. Very interesting stuff.

Then I was off to the hospice for another couple hours. Much of the same. A few relatives had come to join us, Stephanie’s aunts and one of her great uncles. I spent a few hours there, and then I took Stephanie for a quick bite at McDonalds.

Back at the con, we attended Jim C’s reading, new material from his upcoming Libromancer sequel. Then we joined Cath and Jim at the bar for drinks–Cath had invited Stephanie, thinking she could use the release. We kept things loose and let people drift in and out. After Jim and Cath excused themselves, I ended up talking classic television with John Jackson Miller for about three hours. John writes Star Wars comics and novels, and I think he was just happy not to have to dodge questions about the Disney buyout.

We arrived home around midnight to find that grandmother had passed away earlier that evening. In the morning we discussed what we should do. At that point, I was emotionally drained enough that I didn’t really care much what I did, but Stephanie told me I should go. I really wanted to go to at least one panel with my old friend Lars Pearson, and Catherine had a reading in the morning.

After Catherine’s reading, I grabbed a soda from the consuite, and sat in the conference room where my reading was to be. I really didn’t expect much from a 1 PM reading time, especially with the Mindbridge Foundation meeting, which many of my friends belong to, opposite my time. However, Adam and Jess Whitlatch made it, along with a friend of theirs whose name I should know* (I’ve only seen him around various cons about 100 times.) And at the last minute, Stephanie showed up, which made me very happy.

I went home right after my reading, and decided to write about my weekend.

*It was Steve Todd.