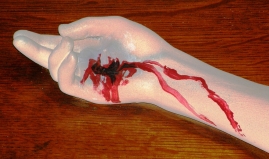 There are also roots in this if you look at what I love to read. I read all the funny authors–Terry Pratchett, Tom Holt, Christopher Moore, and Douglas Adams, but I also like grittier authors, like Max Allan Collins, David Weber, Chuck Palahniuk, and Michael Chabon.

“Tragedy is when I cut my finger. Comedy is when you fall down an open manhole cover and die.”
Mel Brooks

I’ve always found that Mel Brooks quote a guideline for what I find humorous. It is a constant reminder to me that humor has its roots not only in surprise but also in brutality. In Minion of Evil, Dave is killed by a pool cue to the head. But I can’t resist taking it a step further. I show Dave sticking his finger into the hole in his head. (This scene is also partially an homage to The Glamorous Life of Sachiko Hanai.) Many people thought this was too gross, but I felt it was right to show.

His pinky slid in to the first knuckle without any resistance at all, after that the hole provided more difficult, but he kept at it and made it to the second knuckle. He thought it would hurt, and it did, but not as much as pulling out a nose hair. He found it more disgusting than painful. Still, he felt compelled to continue. Finally, his pinky was all the way through his skull. His palm rested on top of his head. Out of curiosity, he wiggled that finger a little, putting pressure on his brain.

The other sene that really bothers people is in Fangs for Nothing, when I let Vinny kill an innocent, turning a silly situation into a tragic one.

I struck, and drained Kenneth Donahue to the point of death. Fear and adrenaline tinged the sweet ambrosia of his blood. His heart started to slow, and then he closed his eyes, never to open them again. I had killed my first human.

I rolled off from him and lay on the bed, staring at the ceiling. What had I become? I was now truly a monster, a dead thing that murders innocent men in the night, and I had Brad to thank for my transformation. What a dick.

I felt like I had to show Vinny having real, serious consequences to being a vampire. He’s not a sparkly “vegetarian.” He’s a killer with fangs. No matter how warm and fuzzy he sees himself, he cannot fight his true nature. Like a bee, he has to sting. Or maybe it’s just a warning about peer pressure. 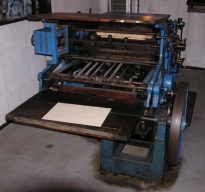 I turned down a really nice job offer the other night. An editor I know is looking to start his own small press and wanted me to have a key role in the operations, everything from editing to PR work.

I felt bad, but I had to turn him down.

It’s an issue of focus. My goal is to be the best writer I can be, and that doesn’t mean spending a lot of time reading other people’s slush, or going to events and being social. It means a lot of sitting in front of a keyboard and making stuff happen, usually not good stuff, but if you do enough and scrape off the bad, things start looking better.

Honestly, I have been wondering if small press is really the way to go. I used to think that they would be the next-generation gatekeepers, but from my experiences with a publisher, I wonder how many of them are really up to that role.

This is officially the only item on my Christmas list. 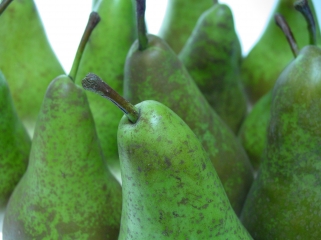 No, I said PEER review

I spent most of this weekend reading for other people, something I enjoy doing and I’m getting better at.

The first thing on my  list was a short novel by Adam J Whitlatch, an expansion of his “Weller” short story. This is the 2nd full-length novel I’ve read for Adam. They’re both shaping up nicely.

The other piece is a 10,000 word sample from Catherine Schaff Stump who wrote a wonderful little book called Hulk Hercules Professional Wrestler. We are going to workshop one another’s pieces during Paradise ICON, a workshop which runs concurrent to my local Science Fiction convention.

Now, I just have to find time for my own work. 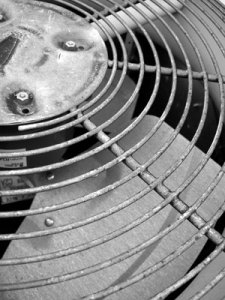 I received my first 5-star review on Fangs from the very active reviewer Katy Sozaeva.

In full disclosure, I sent Katy a pre-release review copy of Fangs because she reads quickly, she gives thorough reviews, and she likes my work.

Honestly, just hearing someone likes my work as much as Katy does makes me giddy with excitement. When they actually write it down, I run around in circles until I get dizzy and fall down, hitting my head of the coffee table*.

* only metaphorically. I did not actually need medical attention. 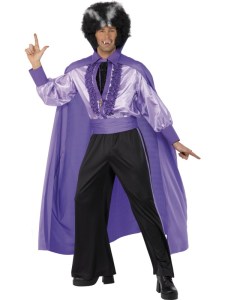 If you look over the evolution of the vampire, you see an interesting phenomena. Over the years, the vampire has gone from the monstrous Nosferatu to the mysterious, tragic character of Count Dracula, to the homoerotic Louis and Lestat of Interview with the Vampire,to the sparkly teen heartthrob Edward Cullen.

Because of the adverse reaction to Twilight, it seems like a lot of people are writing off vampires lately. This is, of course, silly. There are still plenty of awesome vampires out there as long as they can keep it in their pants–yes, I’m looking at you, Laurell K Hamilton*.

Here’s the thing. I don’t really care. I liked vampires before Twilight. I liked vampires before Anne Rice’s vampires, and I will continue to like vampires. I will not grow tired of vampires, and I don’t care if a vampire book doesn’t “bring something new to the table,” as long as it makes with the fangs and the biting and the blood. Some people might say that’s a plebeian attitude. I say it’s a level of awesome they will just never understand.

* And seriously, LKH, you do know there are men out there packing less than 8 inches, don’t you? Don’t you? 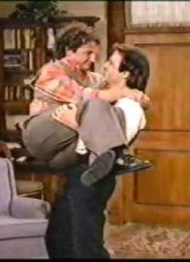 If you know what this is, we’re both getting old.

This writing gig can get you down. It means long hours or working the hardest you’ve ever worked for a net result of a paycheck which would make a WalMart greeter cry.

This morning, I woke up and found a new 5-star review on Amazon. It’s amazing how something so small makes all that work seem worth it. 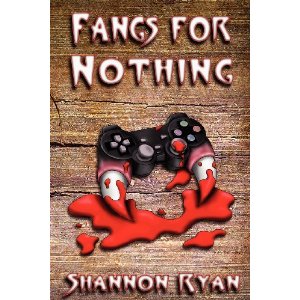 The good new is my new book now has a cover and and ISBN. The bad news is, due to a miscommunication, the back cover blurb got messed up and we had to pull it back from the printers. It will probably be another week.

On the bright side, I think my editor has the best of intentions and was trying to do good by me. He just has a lot of other stuff on his mind.