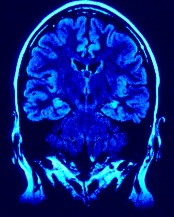 At the end of my Paranormal TV panel at Convergence, an audience member called on the panel to give their opinions on psychics. I started to answer, realized I was rambling worse than usual, and gave up.

Maybe I was just tired. It was 12:30 AM. Yes, that sounds like a good enough excuse.

In truth, I have had several good experiences with psychics. I know medical intuitives who can look at your picture and tell what ails you. I have known very accurate mediums. I have been read to my satisfaction by palm, tarot, and intuition.

Here are some good experiences I’ve had with psychics:

A medium friend of mine did a reading for my mother. During that reading, she said that my grandmother was coming through wearing a red polka-dot apron. My mother didn’t remember such an apron, but later found one looking through a box of my grandmother’s belongings.

I had two very accurate readings with a palmist (I know, it sounds just as ludicrous to me.) At the end of the second reading, she warned me that my father was working too hard. I laughed it off because my father is retired, and mostly putters around in his yard. A few days later, I found out that he was working 12 hour days helping a local farmer get in his crops.

I was working a paranormal investigation with two psychics who had never before met. Before we all met up, one of the psychics, who had been in the building previously, told me about a residual of a rape which had occurred in the basement of the building. When the new psychic, who had not heard the rape story walked down to the basement, she immediately picked up on it and described the same event.

Here are some caveats:

While I’ve had good luck with psychics I admit there are well-documented charlatans out there.

I have met many psychics who are “hot”  one day and “cold” the next. I myself fall into this category. I often get intuitive impressions, but I can’t guarantee I’m more accurate than someone guessing randomly. Also, I have met powerful psychics who get caught up in their own ego trip and start imposing their own opinions on their readings.

There is a good deal of psychology which tells us that we find patterns that aren’t there.

I’ve never met a psychic with the ability to pick lottery numbers.

I‘ve had psychic readings and experiences which have blown my mind. I’ve also had some which couldn’t blow my nose.

I know some great people who think they are psychic and seem to get good information most of the time. They aren’t trying to rip anyone off, and they spend most of their time trying to help people for free. So, until proven otherwise, I am going to choose to believe in their talent–up to a point. If one of them calls me up and tells me to move to Calcutta, I’m not going.