Six years ago, I finished my first novel, a story about a loser vampire, as part of National Novel Writing Month, or Nanowrimo, a thirty day challenge to write 50,000 words. I quickly banged out a sequel to that first novel, and by that spring, I had finished my third novel, a mystery/comedy set on …

I’m shocked and sickened by how new-media aware it is of me to blog about social aggregator post about a meta-twitter account. Also, when I finish this, I’m going to post it on Facebook. Maybe when I’m done with that, I’ll take a screenshot and put it on Pintrist while filming myself for Youtube. Foursquare. LinkedIn. Justin Bieber Forum. What was I talking about…?

The reason why I think this is interesting is “working on my novel” is what I’m supposed to be doing most of the time, including right now. When people talk to me and ask if I’m still working on my novel, the answer is yes. That’s what I do. There’s not much else. Seriously, it takes a lot of time.

Well, I guess I should go and… well, you know.

I need to remind myself that I am living in good times. My health is good. I am surrounded by friends and family. I have achieved one of my major life’s goals. I don’t need to wait for anything. I need to enjoy where I am. 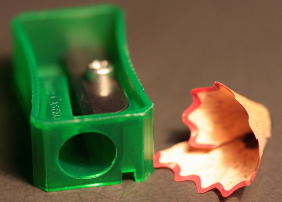 Lately, lots of people have been asking me how I wrote a book. My secret is a simple one, and one I’m pretty sure I have in common with most other writers. I sit in front of a keyboard and write, consistently and persistently.

I got the idea from an interview with Jerry Seinfeld. He had a TV show a while ago that was quite popular. He makes a big X across a calendar day every time he works. “After a few days you’ll have a chain. Just keep at it and the chain will grow longer every day. You’ll like seeing that chain, especially when you get a few weeks under your belt. Your only job next is to not break the chain.” 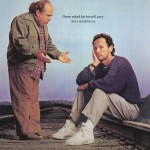 Sadly, when I tell people this, they usually come up with a ton of excuses. For all the excuses about time commitments et cetera, I think it usually comes down to self confidence. People are afraid they’re going to suck.

I have good new. You’re going to suck. That’s okay.

An old instructor of mine, Ron Coleman once said, “When you start out you have a big pile of shit. But then you get a truck to take it away, and you keep cleaning it up and cleaning it up, until eventually you just end up with skidmarks.”

Everyone sucks when they start. I did. However, the longer you work at it, the longer you redraft and fix and work, the better you get, and eventually you end up with just skidmarks. 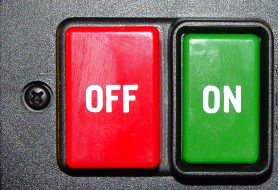 I am a published author.

I did it the old fashioned way. I didn’t take a first draft to Kindle Direct Publishing. I wrote until my fingers bled. I received hundreds of rejection letters. I schmoozed. I drafted. I compromised my principles. I survived an editorial process. And I didn’t stop until someone other than myself put their money and reputation on the line.

Lately, I’ve seen many authors failing to make any differentiation between published author and self-published author. At first, it irked me a little, but I had to ask myself: why shouldn’t they? Self published authors are actually making real money. They have their process. I have mine.

Still, though, how do I know I’ve “made it.” I passed my million words and 10,000 hours years ago. I could look at book sales, but that’s almost more a function of marketing. Is there any metric of writing success?

Then again, should I really worry about it? I’ve been trying for so long to snag a traditional publisher with actual paper books, maybe I should be living in the now. Allowing myself to be happy that I’ve met me goal.

Perhaps the greatest measure of success is that people have bought my book and enjoyed it. I know I can be happy with that.

This is a thank you to everyone who has bought and is planning to buy my book.

I am aware that 90% of the people, or perhaps much higher, who have bought my book are friends. I am grateful for the support I have been given by so many wonderful people. I fear that this may be that bulk of the books sold ever.

Still, simple sales numbers aren’t what I care about. Selling books, to me, is merely a side-effect in my overall mission.

I want my books to make people happy.

I bolded that statement because it is my primary mission. If I could sum up the theme of all of my books, it would be, “Let’s go on a fabulous adventure.” If I wanted to make money, I could write a non-fiction book. I want people to smile and laugh out loud. I don’t want to monetize, I want to happitize.

So, I hope you enjoy my book. I hope it makes you laugh–though I know humor is subjective. I hope it is worthy to make you smile.

Just as I was writing about making people happy, a good friend tweeted this video: 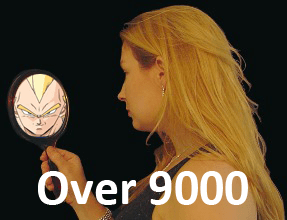 I used to have a problem, Shannon thought. I believed the only way to convey a reader’s inner thoughts in third person was to use italics, but this made my text clumsy. I relied on the device too much, and I had to learn anther way.

For some reason , I never liked using italicized inner dialog. In my writing, it just seemed clumsy and get in the way. However, I instinctively knew I needed more introspection. This confused me, because I knew the books I was reading didn’t contain pages of information in italics, yet they somehow got the point across of what the characters were thinking.

Then, I read some sage advice. A book I was reading on self-editing told me to take the italics out.

At that moment, Shannon realized what he had been missing all along. Conveying the thoughts of a character didn’t require italics. Yes, the phrasing would be a little bit different, but with a little practice he could simply slip thoughts in with the action and dialog.

He was amazed. He took a sip of wine and considered the possibilities. He would need to look at the current manuscript. He set down his wine. He marked the book and set it aside. There was work to do.